With the industrial climate still looming over their heads, teachers in St. John opted not to have their annual schools independence parade this year.

In St. Andrew it was a similar scenario, with only one school noticeably out parading in the community.

However this did not put a damper on the in-house cultural activities, as portrayed by students of the various primary schools in the parishes.

All adorned in their national wear, renditions of patriotic songs, poems, dance and art were all part of the day’s activities.

One teacher told GBN up to Friday, the customary $2.50 independence stipend from Government was not received, however in collaboration with parents; they were able to provide students with independence treats.

The student of the St Andrews Methodist school pan orchestra performed a number of local renditions to the general public, while other students engaged in an edifying assembly, where a number of independence skits and songs were performed by other students.

At the St Andrews Roman Catholic School an independence assembly and exhibition showcasing a number of spices and old fashioned equipment was held.

At the excellence daycare and Pre School the tiny tots were able to showcase and identify different spices and their medical purposes. 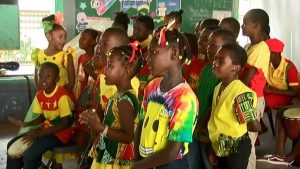 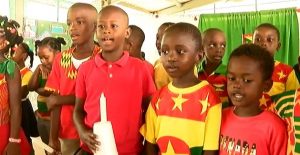 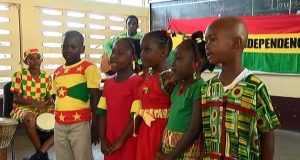 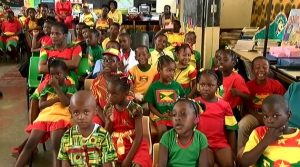