Law enforcement officials on Tuesday were exposed to training on guarding against human trafficking.

Human trafficking is said to be the worlds’ second largest lucrative crime, second to the drug trade.

A workshop aimed at equipping local personnel with knowledge on human trafficking and how to identify possible indicators began on Tuesday at Camp Salines.

Addressing the commencement ceremony, Deputy Commissioner of Police Franklyn Redhead, indicated that the risk of potential occurrence within the region is at a greater degree.

He said it is important Grenadians understand the challenges and remain ahead of plans and systems to meet them.

A representative from the International organization for migration Jermaine Grant says the training will identify some countries challenges, mechanisms, institutions and response, which in the long term will serve as a model for Grenada.

A baseline assessment was carried out in 2018, designed at building an effective response should possible cases of trafficking be sighted.

Findings from these assessments will be revealed over the next two days.

Representative bodies at the workshop come from the RGPF, Immigration, Civil Society and other stakeholders.

Facilitators for the workshop come from the EU and Trinidad and Tobago and the IOM, with Grant funding by the European Union. 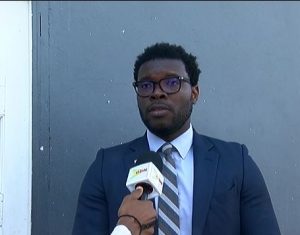 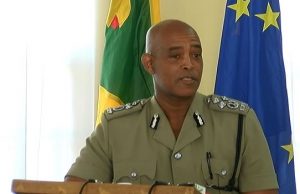