Meanwhile, elaborating on the comprehensive plan for the development of the agri-food sector, the heads of government note that there is a 6 billion-dollar market within Caricom which has mostly been left untouched.

The first target of 25 percent by 2025 is one of the critical decisions coming from the heads of government meeting.

Grenada’s massive food import bill may be significantly reduced if the efforts by CARICOM come to fruition.

Building upon the regional agricultural ministers meeting in Guyana in 2018 where food and water were recognized as the new oil, CARICOM is now forging ahead to reduce the volume of imports.

Barbados Prime Minister Mia Mottley says 25 by 2025 involves increasing opportunities for the agri-food sector and reducing the cost of food as well as promoting an eat local campaign.

Prime Minister of Belize John Breciño notes that the focus is to grow more products that are advantageous to CARICOM countries.

The CARICOM Chair says an industrialization policy to add value to raw produce is also a major factor to ensure more of the 6 billion-dollar agri-food market is kept in the region.

The barriers to regional trade have been a historical deterrent to the regional integration process and the free movement of goods and services.

However, the Caribbean leader said a renewed commitment to CSME was made by the heads of government.

The Heads of Government meeting concluded in Belize on Wednesday. 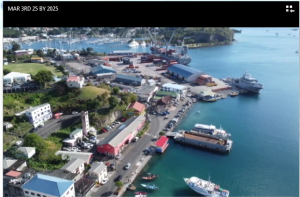