The World Trade Organisation (WTO) has approved the extension of the waiver of the Caribbean Basin Economic Recovery Act (CBERA), which allows for continued duty-free access to the United States market for eligible Caribbean products, up to September 30, 2025, according to a statement issued by Guyana ‘s Ministry of Foreign Affairs.

It said that through CBERA, 17 countries, including Grenada, are beneficiaries of preferential tariff treatment intended to support the development of regional economies.

The trade programme was set to expire at the end of the year.

In a statementto the World Trade Organisation (WTO), the Caribbean Community (CARICOM) noted that, “The CARICOM Region values its trading relationship with the United States and, through initiatives such as the CBERA, views it as a partner in pursuance of export diversification, spurring foreign direct investment, building competitiveness, and the economic resilience of the region.”

Products eligible under this act are textiles and apparel, energy-related products (eg petroleum and methanol), agricultural produce and processed foods. 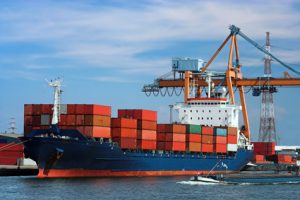