A Windrush migrant who was trying to prove his British citizenship died of natural causes, an inquest has found.

Dexter Bristol, who was born on the Caribbean island of Grenada, collapsed near his north London home last year.

At the time, he was caught up in the immigration scandal which saw children of Commonwealth citizens threatened with deportation.

The inquest, the second held into his death, considered the impact the Home Office had on his death.

The initial hearing, held last year, was quashed following a judicial review by Mr Bristol’s family who contested the ruling that the government should not be an interested party in the inquest.

On Monday, coroner Mary Hassell said although his immigration status may have caused stress, heart disease was the underlying cause of death.

At St Pancras Coroner’s Court, Ms Hassell said the 58-year-old had other stresses in his life, including being anxious about the relationship with his mother.

The court heard Mr Bristol, of Mount Pleasant, Camden, had become unemployed in 2016 just as he was being questioned about his right to work in the UK.

He arrived with his mother, Sentina D’Artanyan-Bristol, in 1968, when he was eight after travelling on her passport. He did not have a passport or travel documents of his own.

The government had been heavily criticised over the treatment of the Windrush generation, which saw long-term UK residents denied access to services, held in detention or removed despite living legally in the country for decades. 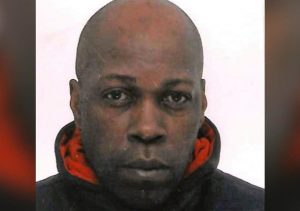