WHY IS IT TAKING SO LONG?

Family members of Derick John who was killed in 2011 are calling for swifter justice. They believe one year is more than enough time for a case of this nature to get off the ground.

They are saying too much adjournment.

It’s approximately one year since the arrest and charge of Andre John, for the 2011 death of 51-year-old Derick John of Beaulieu St. George; and now siblings of the deceased are outraged that court proceedings have yet to start.

The deceased was found lying on the side of the road in Boca St George with what appeared to be a piercing to the chest that exited on his back.

In an exclusive interview with GBN, Sister of the deceased Ev as she prefers to be called is questioning the Grenada justice system, “Why is the case taking so long”?

For security reasons she asked GBN to conceal her identity.

Andre John was slapped with a charge of manslaughter by negligence on February 12th 2021 and made his first court appearance three days later at the St. George’s #1 magistrate court. He was placed on three thousand dollars bail with two sureties.

The relative of the deceased is also concerned about this.

She says it’s hard for her family to be reliving this nightmare time and time again.

The Cold Case Unit of the Royal Grenada police Force has been credited for the breakthrough in this case. 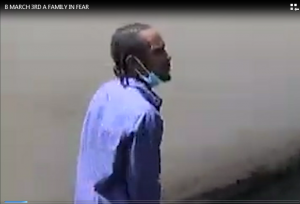 ANDRE JOHN BOCA ST. GEORGE DERICK JOHN EV IN AN EXCLUSIVE WITH GBN SECURITY REASONS WHY IS IT TAKING SO LONG