The people of Chantimelle St. Patrick say they are prepared to take matters into their own hands if the authority refuses to overturn a decision made in court to relocate a man accused of rape to their community

Glendon Augustine representing Chantimelle residents told GBN News of a bitter moment for the people in his community.

They are disgruntled over the decision taken by the court to have Candius Matherine, a St Lucian citizen who was charged with four counts of Rape and two counts of Indecent Assault, relocated to Chantimelle St Patrick.

The 38-year-old landscaper resided at Mt Grandby St John prior to being charged for the sexually related crimes.

He explained that what is even more bothersome is that the individuals’ whereabouts are unknown.

Augustine says the relocation comes just as they are beginning to breathe a sigh of relief after a man who terrorized their community for months was recently removed.

Matherine, made his first court appearance before the St. George’s Magistrate’s Court on Monday.

He was granted bail in the sum of fifty thousand dollars with one surety.

However, he had some additional conditions as ordered by the Court. He had to surrender all travel documents, have no contact with the virtual complainant and all witnesses, and report to Union Police Station every Wednesday.

Matherine will reappear in court in April. 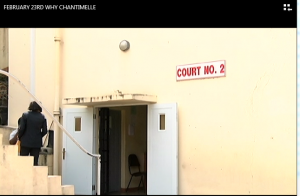