While Grenadians eagerly await word from officials in the ministry of Health on what may possible be recorded as the country’s first COVID 19 death. One senior journalist gave her analysis on what transpired over the weekend.

At 5:10pm on Sunday evening Government through a press release announced that a media briefing which was scheduled for five o;clock with minister for health Nicolas Steel and CMO Dr. Shawn Charles was canceled due to inadequate information.

The press briefing was expected to provide details on pronouncements made in a press release which was issued by the government just a hours before, regarding the island’s first COVID 19 death.

Media Practitioner, Beverly Sinclair was among those awaiting the briefing.

While it is difficult to say what may have triggered the cancellation of the briefing, Sinclair said a post on social media sparked speculations.

The claims made by the daughter of the deceased that her father received a negative PCR result but was later diagnosed as being positive, followed claims by Sandals resorts a few days earlier that some of its staff members later received negative results after being told initially that they tested positive.

These developments have cast doubts on the credibility of government’s PCR results.

As the developments unfold, the public waits patiently for answers from the Government of Grenada. 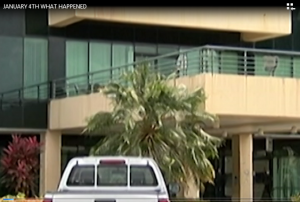 ACCIDENT MARK THE START OF 2021