Although jab jab is a popular traditional mas played in Grenada, concerns have been raised about the weekend jab jab activities. With parliament recently passing the cancellation of carnival  August Celebrations Bill, could this explain the recent upsurge of weekend jab jab across the nation? 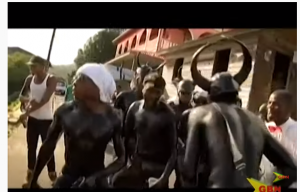