A Twenty-six-year-old man has been charged with two counts of attempt to commit non-capital murder and one count each of possession of a firearm and possession of ammunition.

Those charges were laid against Jonathan Richards of Gouyave, St. John, by officers of the criminal investigation department, Gouyave police station, on April 26th, 2021.

Richards was charged following a shooting incident that resulted in an eleven-year-old child receiving gunshot wounds to his arm.  He is expected to appear at the Gouyave magistrate’s court on Tuesday 27th April 2021.

On Saturday police issued a wanted man notice and was subsequently detained.

Meanwhile in Hope St Andrew on Sunday night another serious accident was recorded, this time involving a motorcycle and a car.

Both accidents remain under investigation. 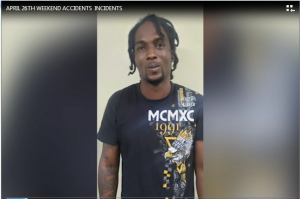