2020 has been quite an eventful year and 2021 is seemingly following in its footsteps as it relates to labor issues.

Yes, its labor and not covid which is taking the fore in this story as there remain several issues yet to be addressed or resolved among the unions and government.

The latest concern is a claim of voter suppression from one member of the public workers union.

Elections are once again the topic of discussion for members of the Public Workers Union; however, this time one member is advocating for the resolution of a key issue hindering a fair election carded for March.

The ability to vote is a crucial aspect of a fair and unbiased election, nevertheless, one union member Brian Grimes is claiming that may not be so in the March 2021 election.

Grimes believes that voter suppression is happening within the Public Workers Union.

He is encouraging paying members of the union who are unsure of their registration, to find out and secure their benefits.

The union member reiterates his claims that this could be an element of voter suppression whether it is neglect or deliberate. 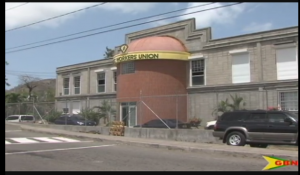