Several schools around Grenada benefited from the installation of HP Elite desktop computers, thanks to a team of IT professionals from the United States representing the foundation, Veronica’s Way.

Crispin Michael Booker, a US citizen, is the founder of Veronica’s Way.

It is a Non-Profit Organization, dedicated to assisting primary school students in Grenada and across the region, by providing IT-based equipment such as desktops to underprivileged youth.

These desktops were outfitted with the software needed to make the learning process more efficient.

The Non-Profit Organization was named after his Grandmother Veronica L. Paul, who was a teacher at the Grand Anse Government School presently renamed the Grand Anse RC School.

Since arriving in Grenada on Sunday, the team mobilized the following day by visiting the Caribbean Coding Academy, where they set up several computers.

A total of 65 desktop computers were distributed among 7 schools.

In 2017, Veronica’s Way with the help of generous donations and supporters was able to establish two Computer Labs in two schools in Haiti, which collectively support 1400 students.

Thereafter they visited Jamaica, where 85 computers were donated. 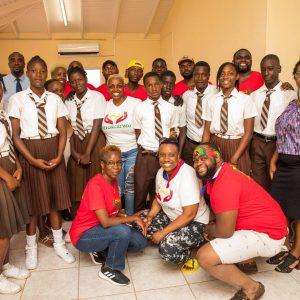 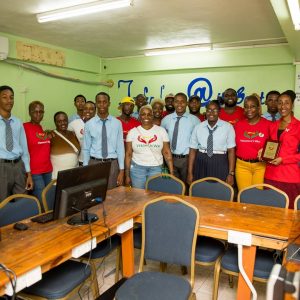