After months of ongoing industrial tensions between government and public workers unions, union leaders on Wednesday challenged government to respect workers’ rights, giving them what is rightfully due onto them.

Government is being challenged by union leaders to respect workers’ rights and end some of their practices, including contract work.

Peter David, who currently holds two portfolios, that of Minister of Labour and Foreign Affairs has been absent at the recent industrial impasse.

This prompted president of the commercial and industrial workers union, George Mason to call on government to allow David to focus of just one portfolio.

Meanwhile president of the Grenada Union of Teachers, Lydon Lewis has challenged the minister of labour to resume negotiations between government and the unions.

He says the unions extended an olive branch to Government to resume negotiations, but no response was received.

‘Honourable Minister, I challenge you, to get us back to the negotiating table’ Lewis addressed Minister David.

Rachel Roberts, president of the Public Workers Union, in her Labour Day message called on Government to stop disguising Imanis as trainees, claiming they are workers.

She accused Government of ‘fake employment’, abusing young people and underpaying them.

Other union leaders in delivering their speeches on Wednesday shared the same sentiments as their comrades.

With docked pay, pension and gratuities and contract work amongst issues still unresolved, the labour day crowd did not react well to when the Labour Minister Peter David took the podium.

His presentation, which highlighted Government’s achievements, was met with loud ‘boos’ by workers.

The Labour Day theme for 2019 was “social and economic justice, a must, respect workers” 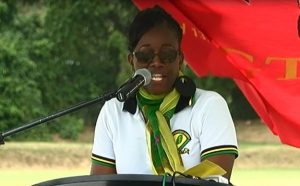 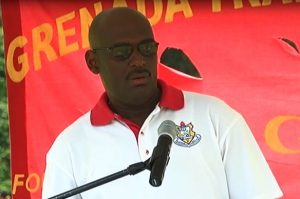 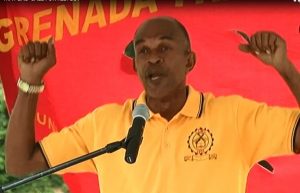