Considered a clash of the legal minds, one lawyer representing an asylum seeker says her client is to be released from prison but the attorney general says not so fast.

A local attorney at law representing a citizen of Ghana seeking asylum in Grenada says the United Nations has requested government to release her client. 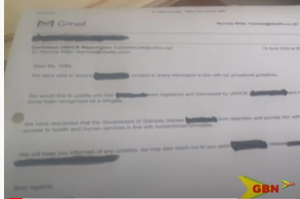