TWO TO BE CHARGED

This was confirmed by Director of public prosecution Christopher Nelson on Tuesday.

According to the DPP, two individuals presently in quarantine will be charged upon release from the facility.

Case #25, who remains an active case, is reported to have breached quarantine protocols and left the facility without authorization.

According to DDP Nelson, the matter was investigated by the police.

The two are presently at quarantine facilities awaiting clearance, after which they will be charged.

Seventy-seven persons remain in quarantine for contact tracing; the first and second rounds of tests have already being done.

The final will be done this Friday, when, should the results turn up negative, those persons will be released.

During a press conference in the past week, superintendent of police Vannie Curwen indicated that investigations were on going into three quarantine breech. 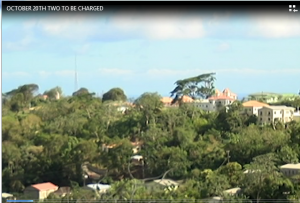