The latest challenge comes from opposition leader Tobias Clement who is threatening to take legal action against government over the handling of the purchase of grenlec shares.

Opposition leader Tobias Clement announced on Wednesday that he will be filing a law suit against the government of Grenada, for what he called “the illegal manner” in which the purchase of GRENLEC shares was handled.

According to Clement before government can use any monies from the country’s budget allocations for an unplanned matter, it must first be presented to the finance committee and later in parliament, a procedure that was not followed.

Speaking at a zoom press briefing on Wednesday, Clement claims that the present administration has not been following the proper processes put in place for far too long and as such its time they answer for their actions.  He stated that he is presently in discussion with a legal counsel on the finial content of the lawsuit.

The opposition leader said that transparency needs to be obtained in the house of Government.

GBN sought a comment from Government to the opposition leaders’ legal intent; however up to press time there was no response. 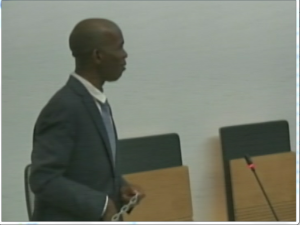