TIME TO BOW OUT

After more than two decades in frontline politics, anthony boatswain says he is ready to cut free and make way for his successor to finish what he started.

Outgoing Parliamentary Representative for St Patrick West, Anthony Boatswain is bowing out of frontline politics, and reiterates that his time has come after 25 years of service.

Boatswain’s statements were made during the Official Launch of the NNP caretakers for St Patrick. Pamela Moses who is seeking another term in St Patrick East, and Victor Phillip who is contesting the St Patrick West constituency for the first time.

He told supporters that he now looks to his successor to take over his unaccomplished tasks.

In the heat of the COVID 19 pandemic, many Grenadians defied authorities’ orders and engaged in carnival-like activities in 2020 and 2021.

It was that defiance that resulted in Boatswain making a statement in parliament in 2021 relating to demons that Grenadians and in particular the people of St. Patrick took notice of.

Anthony Boatswain’s decision to step aside was not a spur of the moment one as he disclosed following the 2018 general election that he will not contest another election and opted not to accept a ministerial portfolio.

His legacy as a politician includes his service to Grenada as Minister of Finance, Trade, Industry and Planning: 1999-2007; Minister for Economic Development and Planning, Trade and Industry: 2007-2008; and Minister of Education; Human Resource Development: 2013; and in the Cabinet reshuffle in 2017 he was appointed Minister of Sports. 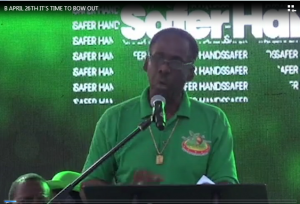