The third round of public sector wage negotiations will commence on Tuesday.

The public sector unions, GTAWU and the PWU have been negotiating salary increases and other benefits for public workers for the next three years.

According to a statement from TAWU, government at the last meeting warned that if their proposal is not accepted by October 31, 2019, any increases agreed on will not generate any retroactive pay (back pay).

The unions are likening the government’s warning to that of blackmail.

Meanwhile government, acknowledging the continuation of negotiations, noted that the last round of discussions were cordial.

It said little progress was made on the substantive issue of salary/wage increases for public service employees for the current negotiating cycle.

It warns given obligations to the fiscal responsibility bill, wage/salary negotiations must proceed in line with fiscal rules.

Grenada union of teachers (gut) was not part of the last round of discussions. 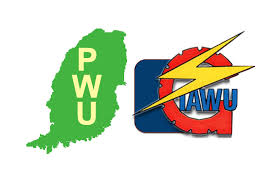