THE IMPOSSIBLE A REALITY

When the 2021 budget was presented then debated, the projected positive growth of 6 percent was lauded as impossible or laughable by many.

However, more than 8 months later, the Minister of Finance who announced such projections, is now confirming that such a feat has become a reality. 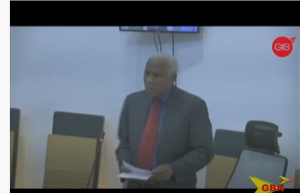 ONE MAN PROTEST FOR WORKERS