THE FUTURE OF PWU

The future of the largest public-sector union was one of the major focuses of discussion when GBN last sat down with the new president of the public workers union Brian Grimes.

Hot on the list of concerns brought forward were those of low voter turnout during elections in March, re-registered public officers not being able to vote, and the lack of a functioning shop steward structure within the union. 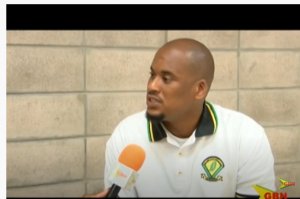