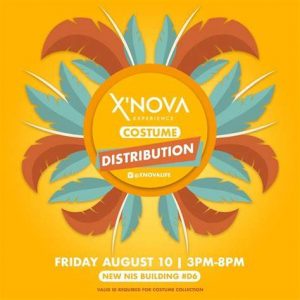 Former Minister of Culture and attorney-at-law Arley Gill is concerned that the fancy mas aspect of Grenada’s carnival would be forever stained negatively following what is being called costume chaos.

This year, two fancy mas bands, Xnova and Lavish, were unable to deliver on most of what they promised pretty mas revelers.

Some masqueraders received only parts of the costumes they paid for, while others received none at all.

Appearing on Monday’s Beyond The Headlines, Mr Gill acknowledged that this is unacceptable, and suggests that the Spice Mas Corporation gets a handle on the situation before a reoccurrence.

CEO of the SMC, Kelvin Jacob, while appearing on GBN’s To The Point says the organisation is already planning how they can tackle this issue for 2020 and beyond.