Speaking to GBN via telephone from Carriacou, Andrew says he was baffled and shocked by the prime minister’s statements during post cabinet briefing on Tuesday.

He says the Prime Minister, who is also the Minister for Finance, did not explain why someone no longer in the government service was allowed to accumulate a bill that was being paid by government.

Andrew is challenging the PM to expose the bills incurred during the NDC’s term in government.

Regarding Sheldon Scott’s admittance and promise to repay the exorbitant cell phone bill incurred, Andrew said that is laughable.

He is questioning who will ensure those monies are repaid.

“I heard of a situation the other day of someone who defrauded the NIS of thousands of dollars and he is now facing jail time and other people who might have defrauded other government institutions and so on faced jail time or faced the court. This is the first time am hearing of someone thieving from government or defrauding government thousands of dollars and they so bold face to write to the Ministry or Minister of Finance to say well yes I thief the money and I will pay you back and nothing, not FIU, no police investigation… no one is doing anything about that. I find this to be laughable.”

However the total bill for Scott, who left the position in 2016, and others no longer eligible, remains unknown. 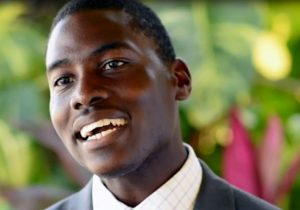