Former senator terry noel has come clean on the rationale for his resignation from the upper house of parliament and as one of the three senators selected by Opposition Leader Tobias Clement.

His resignation took immediate effect on Monday due to his ties with the Grenada movement.

He has issued a statement on his resignation. 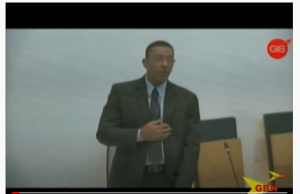