The mood on the ground is that campaign have begun in earnest. 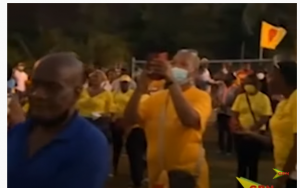