The Court of Appeal has granted permission to a teacher, Donna Lusan and her legal team to challenge a decision by the high courts, which removed the Public Service Commission as a defendant in a suit.

The high court judge of November 2018 removed the Public Service Commission as one of four defendants, in a suit concerning deducted salaries during industrial action.

However according to attorney representing Lusan, Cajeton Hood, the Commission should be held accountable, as it allowed the Cabinet, who did not have the constitutional authority to deduct public servants salary, to do so.

Addressing members of the media on Wednesday, Mr. Hood says it is preliminary matter and as such, permission must be sought in order to continue the process.

“We went to the Court of Appeal, the matter was heard last week and the Court of Appeal has given Ms. Donna Lusan the permission to appeal the decision of the judge who removed the Public Service Commission from the claim. So it means as it stands now, what we have to do is officially prepare the notice of appeal.”

Hood said the public servant commission resisted the application of appeal and asked the court to deny the appeal.

However that request was refused by the court.

In light of this, the attorney is hopeful that the appeal will be successful.

“In the mind of a single judge, we have a good prospect of success, a reasonable prospect of success in the matter. We are going to pursue the appeal. Our contention is that in the matter of the salary deduction, the public service commission, as the body who has been charged by the constitution of Grenada, and the court of appeal… all of our courts have said so, the real role of the Public Service Commission, in a democracy like Grenada, is to protect public servants from the arbitrary exercise of state power… and the Public Service Commission did absolutely nothing with regards to the deduction, if you recall.”

Other defendants in the case filed regarding salary deduction during industrial action are the Cabinet of Ministers, the Minister of Finance and the Attorney General. 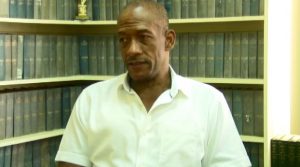