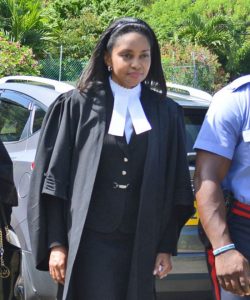 The Chair of the Judicial and Legal Services Commission has appointed Chief Magistrate Tamara Gill to act as Master of the Eastern Caribbean Supreme Court for the period September 15th to December 21st, for the purpose of conducting the Master’s sittings for the stated period.

GBN reached out to Magistrate Gill for a response to her new appointment, but she said she is not yet in a position to comment on her new responsibility as she was recently notified.

An acting Chief Magistrate has not yet been named.