According to CDEMA, McIntyre’s six-week deployment began on March 1 and he will be supporting the national disaster office with the ongoing volcano crisis under the Regional Response Mechanism (RRM).

McIntyre said he was looking forward to a successful intervention as he represents the Caricom Operational Support Team (COST) of CDEMA through his wealth of expertise.

According to CDEMA, funding for McIntyre’s deployment was available through the Caribbean Climate Resilience Initiative, launched in August 2020 with the United States Agency for International Development (USAID). This initiative sees USD$4.5 million being used to help countries reduce disaster and recover from hazard impacts and climate variability. 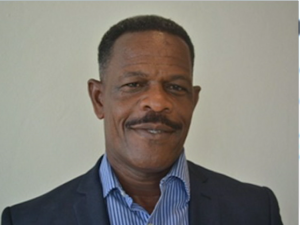 GRENADA AND THE REPUBLIC OF RWANDA ESTABLISH DIPLOMATIC RELATIONS