The national democratic congress is asking the government to adopt the policy of ‘putting people first” as it solidifies its stance with teachers and public workers.

This support was further strengthened by opposition senator Matthew joseph during his contribution to the senate on Wednesday.

The former teacher says withholding teachers monies can lead to lack of motivation in the education system, which can place the island in jeopardy. 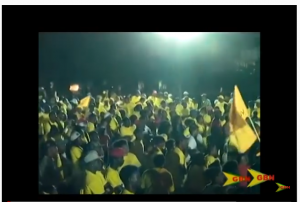