Local attorney Anslem Clouden is calling for the formation of a sub-regional surveillance force, to help safeguard the islands’ territorial waters.
Clouden says the greatest crisis at this time is the scarcity of fish and unverified information pertaining to illegal fishing by foreign vessels in Grenada’s waters.
Fishermen on the eastern coast have been complaining for quite a while as it relates to illegal fishing by foreign vessels.
Now with the scarcity of fish, fishermen on the western coast as well as Carriacou are experiencing the same ordeal.
Attorney Anslem Clouden, who is versed in maritime law, is calling on Prime Minister Dr. Keith Mitchell to remedy the problem by joining forces with OECS counterparts.
He says local fishermen need protection to avoid a similar crisis like Venezuela and piracy, adding that based on a number of reports, several fishermen have voiced their concerns to the minister for fisheries.
Clouden is of the view that the coast guard boats are designed for search and rescue and mainly drug interdiction and not necessarily for maritime surveillance.
Meanwhile, general manager of the Grenville fish market Nigel Paul has confirmed that there is shortage of fish in the big parish that has been ongoing for just less than one week.
However he believes several factors may contribute to the scarcity of fish.
Meanwhile, he added that storage in also a great issue, as most fishermen engage in street vending. 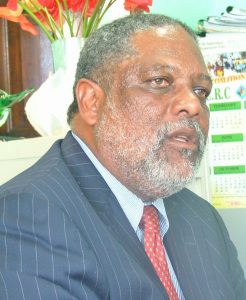