Stop trying to gain political mileage. That’s the impression given during an exclusive interview with the president of the Grenada public workers union Rachael Roberts.

Roberts was responding to a statement made by minister for education Emmerlin Pierre, in which the minister questioned why nothing was said by the union on the payment of TAMCC staff.

Back in 2019 workers at the tertiary institution staged strike actions spanning six weeks over increments owed to them since 2010.

On December 24th, 2019, a decision was reached allowing for the payment of the first tranche of increments of 1.75 million dollars.

The total amounts to over six million dollars, two million of which was promised to be paid in full in two batches by the second quarter of 2020.

Roberts indicated that there is nothing to speak publicly about since the money paid was what was due to them.

The PWU president accused the government of not holding up their end of the bargain about students obtaining the quality of education they need to achieve at the institution. 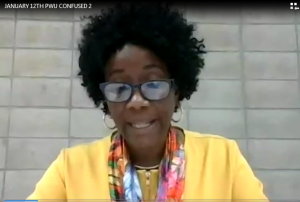