A fathers’ ordeal, coping with the fate of his wounded daughter while in the line of duty.

He spoke fervently about his daughters recovery process, with the hope that all work for the best.

While his daughter remains hospitalized and recovering, he dispelled claims made by members of the public that his daughter had lost consciousness.

The gentleman spoke strongly against dissemination of unreliable information by some members of the media fraternity.

A difficult time no doubt, but standing like a beacon of hope and an example to others on how to take things in stride even if they spark your righteous anger. 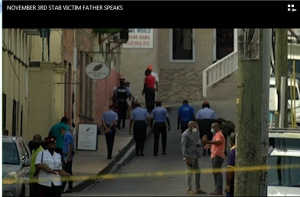 DID SHE REALLY RESIGN?