St. David maintained their status as ‘best Under 19 team’ after defeating Carriacou in the final of the RightStart/GCA Under 19 Inter-Parish Tournament.

St. David defeated Carriacou by 205 runs in the final played at the Hillsborough Recreation Ground on Sunday.

Seandell Peters top scoured on  120 not out, followed by Kimo Peters who made 106.

Top scoreres were Jaden Teka on  23 and Isiah Simon on 14.

RightStart Players of the Game: Seandell Regis and Kimo Peters 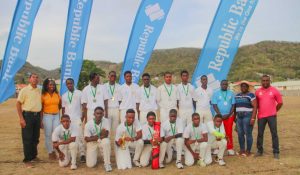