Several Grenadians displayed their disgust and concerns with actions being taken by the Donald Trump administration and his allies in backing a self-imposed president.

They took to the side of the streets in St George’s as a showing of support to the Venezuelan people and the Nicholas Maduro administration.

A musical showcase surrounded the solidarity event, as members of the Grenada Venezuela Friendship Association along with union leaders and staff of the Venezuela embassy and institute, demonstrated their support to the Nicholas Maduro government against the US blockade on Venezuela, as well as the attack against the country’s sovereignty.

Dr. Winston Thomas, chairperson of the association, said he believed the activity held outside of the Venezuelan institute will meet its objectives.

Dr. Thomas says the Grenada Venezuela Friendship Association is standing with the people of Venezuela, who are facing severe social and economic aggression, engineered by the sanctions imposed by the US government.

Thomas adds that in engaging the people in Venezuela, it is understood that they remain patriotic to the Maduro government, in spite of the challenges within the country.

He says they will continue to show their support to the Venezuelan people with further solidarity events if needs be. 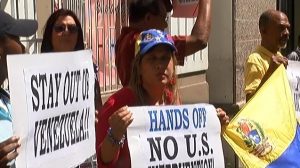 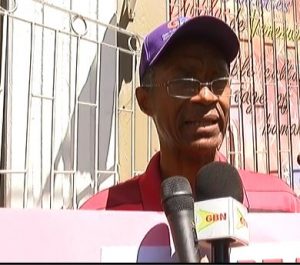 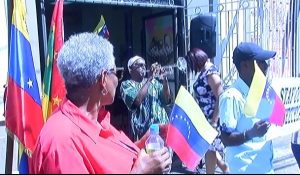