If you are planning a social gathering for the holidays, you had better plan with the number 20 in mind.

That’s the limit on social gatherings based on the COVID-19 Protocols.

Health officials say they are taking a holistic approach to keeping the nation safe. They have outlined a slew of measures including the limit of persons at social gatherings, and updated tracking devices.

As Christmas nears, many have started thinking about family gatherings and the now popular liming sessions with friends at bars and private homes.

Well, those who are thinking of the good time must also do the math as the count stops at 20. However, there’s some wiggle room and its dependent on venue size.

On the issue of overall avenues for socialization, promoters have expressed concern that the Rhum Rhunner has not been able to operate for the last eight months because of the COVID-19 protocols.

Reports surfaced that the owners have been contemplating selling the party boats. It was announced today that the restriction is being reviewed.

As the Keep Grenada safe campaign continues, health officials are trying to close some of the gaps in the system. One of them relates to keeping track of people who enter the country.

Today they announced that they have secured new and improved tracking device and that they are improving on the surveillance process.

A returning national who has been charged in connection with violating the COVID-19 regulations is alleged to have attended a party before he was cleared by health authorities. Two persons who arrived from the United States had visited four restaurants before receiving P-C-R tests from Health authorities. Officials say, since socializing is a big ticket item for people, they are stepping up on ensuring safeguards are in place for gatherings while also upping their game on the tracking devices. 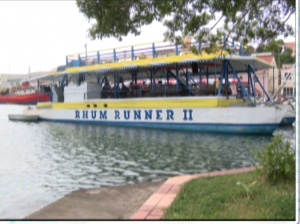 ONE HUNDRED AND COUNTING