Herpes, Syphilis and Gonorrhea are among sexually transmitted infections on the raise in Grenada.

A medical official has confirmed that the increase in these STIs became noticeable after the carnival season and primarily among youths.

On Tuesday, Dr. Francis Martin, one of the senior medical officers within the ministry of health, confirmed an increase in sexually transmitted infections.

While some of these infections are treatable, the ministry of health is concerned with the significant rise in herpes, syphilis and gonorrhea among the youthful population, especially around the festive season.

These sexually transmitted infections lead to infertility in both males and females as they grow older.

The health official is of the view that the region on a whole needs to place equal emphasis on HIV/AIDS campaigns and STIs’.

Dr. Martin acknowledged that abstinence may be difficult in today’s society, but it is the key in lowering one’s chances of contracting an STI.

He is urging people who are sexually active to get tested at least once a year. 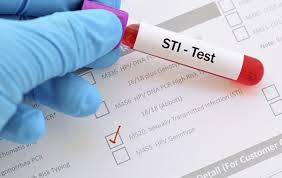 Affected Zantac Not Imported By Grenada