One senator is calling for more sustainability as well as appealing to the government to capitalize more, as the Grenada Citizenship by Investment Amendment Act 2019 was passed on Thursday in the Senate.

Senator Glynis Roberts while highlighting on the contributions the CBI program is making to the Grenadian economy, is asking government to include more private sector experts to ensure the funds are used wisely.

Sustainable projects she says should be the focus, maximizing on the ongoing stream of applicants under the citizenship by investment program.

“Most of our Citizen by Investment persons are people heading toward the tourism industry, however as a nation, how we are doing scholarship is not geared towards tourism or hospitality. Everybody want to be a lawyer or a doctor”.

She says with this mindset, Grenadians are not prepared for the top jobs in the tourism industry.

Senator Roberts adds that within the Grenadian and Caricom context there remain loopholes or issues that needs to be addressed.

Among the senators standing to support and give their views on the bill was Senator Winston Garraway who was in agreement with some of the sentiments shared by Senator Roberts.

“How we utilize the funds to ensure we maximize on the opportunities is important and that’s where we are going to ensure that the transformational fund is used to transform the country”.

Notable amendments to the Citizenship by Investment Act were the allowance for family members to be included more easily, the removal of requirements for children of CBI applicants to be supported and enrolled at the tertiary level and the removal of permanent residence as a pre-requisite to a grant of citizenship.

No senator opposed the bill. 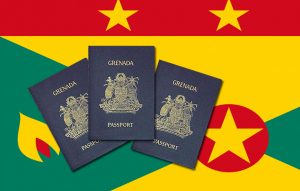