Police are asking for anyone with information on the robbery at GUT Credit Union, Carriacou, to come forward.

According to a statement from the RGPF, the robbery occurred around 8:30am this morning a the Credit  Union’s Hillsborough location.

The robbers went away with an undisclosed amount of cash.

A statement from the Credit Union noted it was thankful that staff was not injured.

Two individuals are believed to have perpetrated the crime.

The Royal Grenada Police Force has dispatched its Marine Unit and has fortified its investigative team on the sister island and is providing other support from mainland Grenada to assist with the investigations.

Police are calling on anyone with information or who would have noticed anything suspicious, to contact police emergency at 911, police hotline at 444 1958, Carriacou Police Station at 440 7482 or 7840, Criminal Investigations Department at 440 3921. 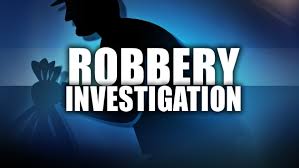