The alarming rise in the number of sexual assault cases among children, teenagers and the elderly over the past few months has caught the attention of many Grenadians

With child month activities still on, the theme this year focuses on ‘keeping all our children safe’.

Recent reports suggest that there has been an increase in child sexual abuse.

Females are not the only ones violated and sexually abused. According to statistics from the Special Victims Unit, from January to September 2020, a total of eighty-two children were victims of sexual violence. Of that number five are males.

The most prevalent offence of abuse of a sexual nature is intercourse with females between the ages 13-16 years. 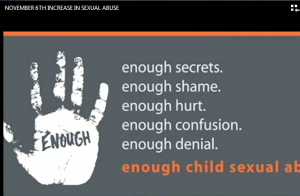