A longstanding fraudulent breach of trust case against local attorney-at-law, Reynold Benjamin has been resolved.

Attorney at Law George Prime together with Attorney at Law Dr Francis Alexis Q.C. represented the accused Lawyer Raynold Benjamin, in the fraudulent breach of trust case against him.

The matter dated back to 2008, in connection with the failed Capital Bank International and imprisoned businessman, Finton De Bourg.

This case was expected to go before the High Court last month; however both parties agreed to resolve the matter as explained by Prime.

He said the decision to not pursue the matter was taken by the DPP, as it would have been an exercise in futility based on recent developments.

Benjamin – a lawyer by profession was facing two (2) counts of fraudulent breach of trust, involving $845, 000 belonging to capbank. He was accused of misappropriating the monies and using it for his own benefit.

Prime however expressed that the resolution of this case is in no way an admission of guilt by Benjamin.

The content of the agreement between Benjamin and De Bourg was not disclosed.

Dr Alexis was the lead lawyer on this matter. 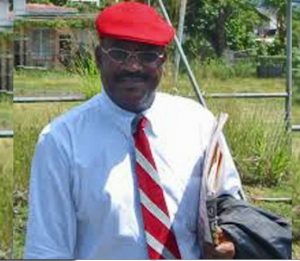