Public servants whose salaries were also deducted in November 2018 for protesting over a 2% gratuity payment offer will also be reimbursed alongside teachers at the end of July. that’s according to president of the Public Workers Union Brian Grimes. 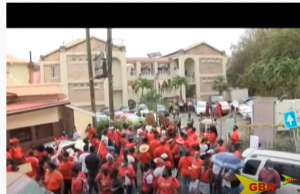