The Queen’s Baton will visit all 72 nations and territories of the Commonwealth for 294 days, covering 140,000 kilometers, and it is expected to be in the Spice Isle at the end of next month.

The British High Commission in Grenada is anxiously preparing for several activities scheduled to celebrate world commonwealth day in 2022, which includes the passing of the queen’s baton in Grenada next month.

The Queen’s Baton Relay is a tradition that celebrates, connects, and excites communities from across the Commonwealth during the build-up to the Commonwealth Games which happens every 4 years.

Resident British commissioner in Grenada, Wendy Freeman, says the arrival of the baton in Grenada is just one of the main activities planned by the Commission in celebrating World Commonwealth Day 2022.

The British High Commission also launched the first inter-secondary school Creative Art Competition for students from ages 12 to 16 under the theme “portraying the commonwealth games and its values”.

All Interested students will be allowed to submit one art piece by March 7th which will be judged under 4 Criteria.

Overall competition winner, 1st runner up and 2nd runner up will be announced on Commonwealth Day, Monday, March 14th. 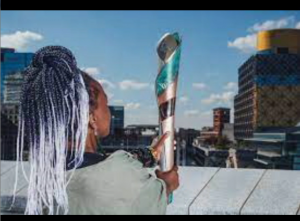