Three years on, the commission is making itself known to the public.

In bringing more awareness about the existence of a Public Utilities Regulatory Commission to Grenadians, a launch to officially enlighten the public on its operations was held on Friday.

Glen Khan, Chief executive officer of the Public Utilities Regulatory Commission (PURC) highlights that many Grenadians are most times baffled when he explains his occupation.

The launch is being used to educate the public on what the commission does, as well as its existence.

“The PURC was established to regulate the Grenada Electricity Services Limited, GRENLEC. Essentially our functions are to set and review tariffs charged by Public Utilities, to determine complaints made by consumers against public utilities.”

Khan says the commission was established through an act in parliament, which was passed after the electricity supplies act in 2016.

The public utilities regulatory commission is also tasked with administering the process of procuring all generation, transmission and distribution systems, which includes renewable energy.

“As you know the government has the intention to introduce renewable energy in a big way the country and because of that there would be individual players, companies, individuals, who want to produce electricity either for themselves or to sell to the grid. So we would be responsible for making recommendations to the minister on the persons who should get a license or a permit to produce electricity through renewable sources.”

Three commissioners led by Dr. Spencer Thomas head the commission and Khan is hopeful that Grenadians can begin to submit complaints.

Public Utilities Minister Gregory Bowen addressed Friday’s opening, highlighting some of the challenges in the sector.

“Between January 2011 and December 2014, electricity prices raised $0.50US  to 0.68US per Kilowatt. At those prices you can well imagine the hardships faced, especially on low income consumers. Clearly the government had to act and so it did. We decided it could not be business as  usual and took initiatives to ensure a more favorable environment.

An official logo and website was also launched to boost awareness.

The commission is located in the former Petro Caribe building in Queen’s Park, adjacent to Grenlec. 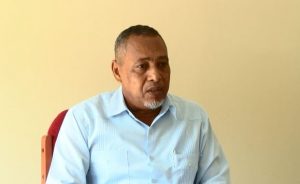 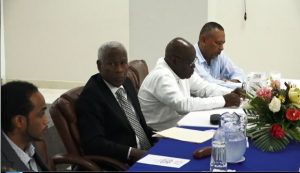