PUBLIC OFFICERS GET TIME OFF FOR CRICKET

Public officers with tickets for the upcoming day 2 matches against West Indies and England will receive the two days off to attend.

Additionally, 575 free tickets will be given to students per match day.

The announcement was made during the weekly post cabinet briefing by acting minister of sports, Winston Garraway.

Garraway says on Monday 25th and Wednesday the 27th February, public workers who would have presented their tickets to their permanent secretary to ascertain they have a valid ticket  to the One day Matches being played at the National Stadium, would be granted the time off.

Garraway added that in speaking with cricket West Indies, a special ticket promotion is being done for senior citizens or people over 60.

He says they only have to present themselves to the National Stadium on cricket days with identification and will be granted free entrance.

He spoke on tickets sales thus far and is encouraging Grenadians, especially the St. Patrick’s posse, to go out and patronize the matches, which will also see the unveiling of the Devon Smith plaque on the first day.

The acting sports minister said every public officer who purchases a ticket is also entitled to a free ticket for a child 12 years and under. 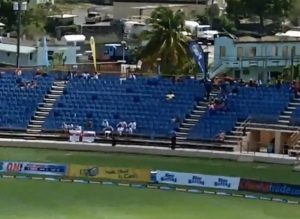 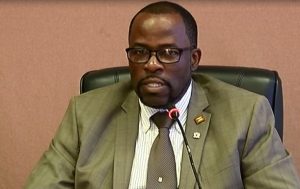