A video circulating on social media has sparked the interests of the General Public as it shows a local lawyer drawing his fire arm at an individual in a dwelling house in the south of the island.

The lawyer decided to give his said of the story in and matter and justify his behavior. 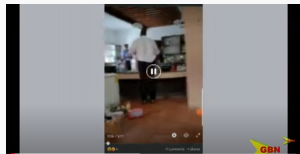 SERVICE FROM THE HEART LION’S CLUB