The Privy Council has dismissed the appeal by Ewart Layne for acceptance to the Grenada Bar.

In a written judgement delivered earlier today, on the matter heard on October 24th, last year, the conclusion summary read and I quote ”the Board humbly advises Her Majesty that this appeal should be dismissed. The fact that Mr Layne is now a man of good standing in the community is certainly a necessary requirement for the good character condition for admission to the Bar of Grenada to be satisfied, but it is not in itself enough. Public confidence in the profession had also to be considered. The judge’s assessment was that there was sufficient risk that it would be damaged by acceding to Mr Layne’s application and so that facet of the good character condition was not met. The Board concludes that there was no reviewable error in her decision on this matter.”

The judge referred to in the summation was Price Findlay J. at the Supreme Court level and subsequently Blenman, Michel and Webster JJA at the Court of Appeal.

Mr. Layne had fulfilled the educational requirements for the bar.

However he had serious previous convictions, being one the famous Grenada 17 involved in the 1979 Grenada Coup, where 10 people, including former prime Minister Maurice Bishop and other members of his cabinet were summarily executed by the PRA in 1983.

Mr Layne, with 12 other persons, was convicted in 1986 for their murders. 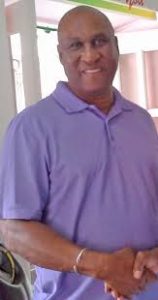