The private sector says it is keeping its eye on lobbying efforts internationally, to tax large internet companies.

However it says the focus should be on the harmonisation of corporate tax, in order for countries like Grenada, to benefit.

The Organization for Economic Co-operation and Development(OECD) has started lobbying for countries to support a move, which would see multinationals such as Facebook, Amazon and Google paying more corporate taxes in the countries in which they generate their biggest sales.

The OECD which represents the wealthiest countries said existing tax rules dated back to the 1920s and no longer ensured a fair allocation of taxing rights in an increasingly globalized world.

However Christopher De Allie who represents the private sector in senate, says the end results, would be of little or no benefit to small islands like Grenada.

The OECD estimates up to $240bn in revenue is lost to exchequers, which could be used to fund key government projects, welfare benefits and public services.

The OECD says once approved, countries would see profits and tax rights would be reallocated, where companies make their biggest sales.

De Allie says what is needed is a conversation around harmonizing corporation tax in the region. In Grenada corporate tax stands at 28%.

The rules would dictate where tax should be paid and how much profit companies should be taxed on. 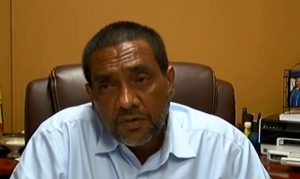 CANQATE Conference To Be Hosted in Grenada