Social partners In Grenada came in for high commendation from Prime Minister Dr. Keith Mitchell on Thursday for their role in the success of the home-grown structural adjustment program.

During the 3rd Growth and resilience Dialogue with Social Partners in St. Kitts and Nevis, the PM emphasized the role of social partners.

The discussion was hosted by the Eastern Caribbean Central Bank.

According to a release issued by the Prime Ministers’ Office on Friday, it quoted Dr. Mitchell as saying “The fact is Grenada’s successful structural adjustment programme had a lot to do with the social partnership that was developed over the last several years. Without the buy-in of trade unions, businesses, NGOs and the people as a whole, we could never have achieved what we did’.

Addressing delegates at the meeting Dr. Mitchell added, “This session here speaks to that sort of relationship, where the ECCB has initiated for us as leaders, government and opposition and our stakeholders, trade unions to be involved“.

Dr. Mitchell commended the ECCB for initiating the dialogue and stressed the importance of it continuing. The PM however expressed disappointment that more regional leaders did not attend. He added “This is so significant; we must be able to work together. In Grenada, we don’t always share the same views on some issues, we have strong differences but the big picture is the country and in the final analysis, sometimes we agree to disagree but we have to be at the table together”.

The Prime Minister has plans to discuss the level of participation in the Growth and Resilience Dialogue at the 93rd Meeting of the Monetary Council of the Eastern Caribbean Currency Union on Friday and also at the Thirtieth Inter-Sessional Meeting of the Conferences of Heads of Government of CARICOM later this month. 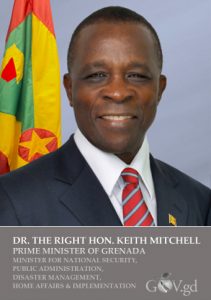