Government through the Ministry of Agriculture initiated a drive to increase food production on the island; and while farmers are buying into the idea to resuscitate the agriculture industry the issue of Praedial Larceny remains a heavy burden on many farmers.

Acknowledging this, Minister for Agriculture Peter David says his ministry has already met with members of the Royal Grenada Police Force to chat the way forward in strengthening the police focus to tackle the plaguing issue.

David is also calling on the general public to be each other’s keeper to combat Praedial Larceny.

The minister made a strong call to private businesses to invest in Agriculture as it can be a profitable venture.

The Agriculture Minister was speaking on Government weekly media briefing. 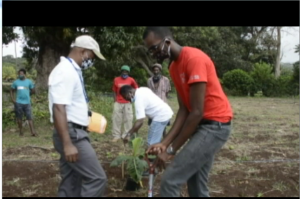