Police have released the results of a post mortem, following the death of an infant at a care facility in the south of the island.

Last Tuesday, the Royal Grenada Police Force confirmed that at 1:34, officers attached to the Criminal Investigations Department of the South St. George Police Station responded to a report from the Grand Anse Health Center of an infant being brought in for medical assistance being unresponsive.

Upon examination by the district doctor, the five-month-old was pronounced dead. A post-mortem was ordered to determine the cause of death.

Assistant Superintendent of Police Simon Douglas in charge of the community relations department says it revealed that the infant died as a result of Asphyxia and broncoaspiración of fluid.

Corporate communications Officer at the Child Protection Authority is Blossom Alexis Welsh says they are working along with the ministry of Social Development in the investigation. 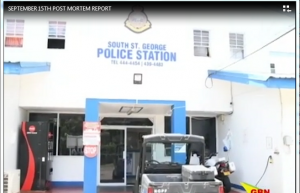