A local politician is not in support of government’s decision to bail out cash strapped LIAT.

Responding to news that government intends to make a cash injection into the financially afflicted regional carrier by month’s end, Junior Francis of the Grenada Renaissance Party believes the monies should go towards local development.

Government Minister Oliver Joseph told the media the decision to financially contribute to LIAT was an agreed CARICOM decision at the recently held heads meeting in St Kitts.

The payment amount was not disclosed, as the Minister says they are awaiting a payment formula from LIAT.

In an earlier release, LIAT’s CEO said the company needed US$5 million to say afloat.

Junior Francis says he has been following the LIAT developments and he is not in agreement with Government’s decision to bail out the LIAT.

He queried where the monies were coming from, especially given government’s position on recent negotiations with public workers unions over pension and gratuity.

He says while this is being done, there are a number of infrastructural developments, especially roads which are left undone.

He says since the regional carrier cannot get its act together, Caribbean governments should take over and revamp to turn it into a viable entity.

The governments of Barbados, Antigua and Barbuda, St Vincent and the Grenadines and Dominica are LIAT’s main shareholders. 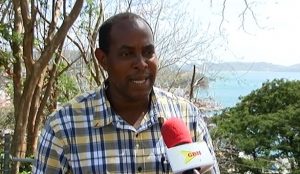